The only difference between a semi-permanent tattoo and a permanent one is how deeply the ink is injected into the skin. The deeper you go, the longer it stays. Traditional body tattoos are meant to last, so artists use electromagnetic coil machines to implant the ink deep into the dermis. Semi-permanent brows are expected to fade, so artists use a digital pen or microblading tool to implant ink more superficially into the skin.

In this procedure, you get a manual tattoo made with a dedicated tool that looks like a slender Exacto knife but isn’t a blade at all. Artists arrange tiny needles so they can make small incisions in the skin with the tool’s tip depending on the thickness and depth of hair strokes they want to etch.

Touch up is required, usually four to eight weeks after your first appointment. There are a number of factors that affect how well you retain pigment. (Oily skin doesn’t hold onto ink as well as dry skin; if you’re anemic, your body may use iron oxide in the pigment as a supplement and the tattoos will fade faster) On your second appointment, I might go over original strokes to darken them for a client, tweak the shape, or build up sparse brows by layering thinner strokes in between.

RECENT BEFORE AND AFTER PHOTOS DONE BY SARAH 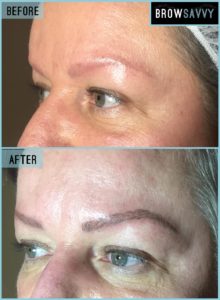 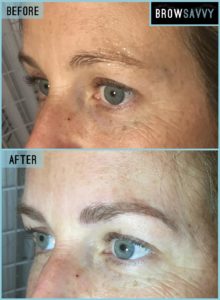 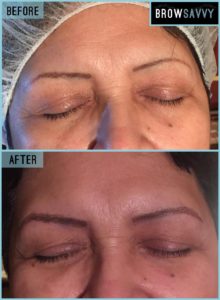 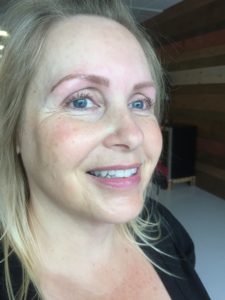 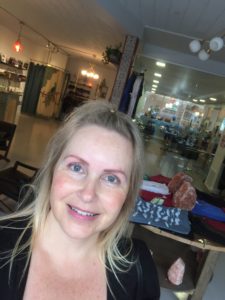 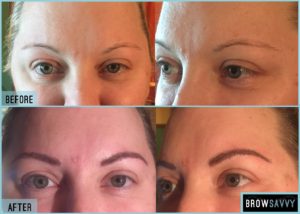 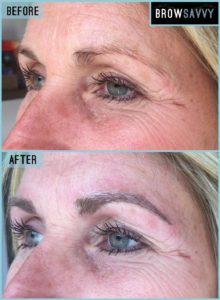 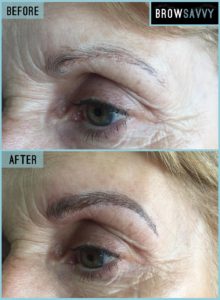 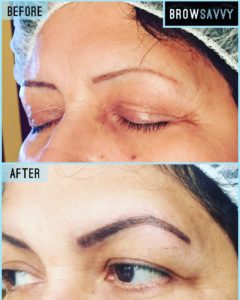